The app to stop you ever missing a plane again: Airport launches Pokemon Go-style map tool that guides passengers to their gates

We’ve all been there – squeezing in a last coffee before a flight then rushing around the airport in a panic in a bid to find the gate as ‘gate closing’ flashes on screens.

Gatwick Airport, it turns out, understands the need for that final beverage, because it’s launched wayfinding technology that could put an end to that panic and prevent you from ever missing a plane again.

It has installed around 2,000 beacons across its two terminals providing an indoor navigation system that is much more reliable, it claims, than GPS, and that enables Pokemon Go-style augmented reality direction assistance for passengers – a world first for an airport. 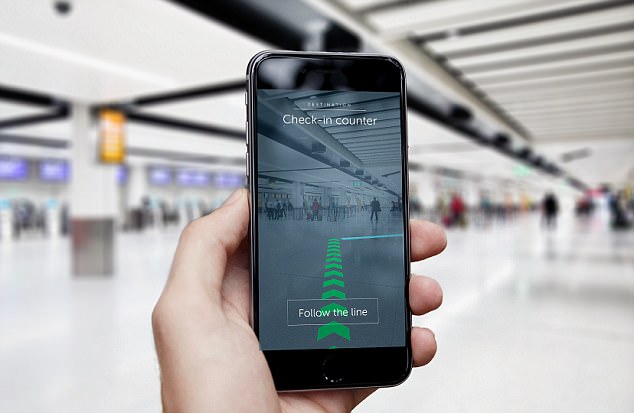 The lack of satellite signals makes road-based navigation systems – such as Google or Apple maps – unreliable indoors, so Gatwick has deployed a beacon-based positioning system to enable reliable ‘blue dot’ on indoor maps, which in time can be used within a range of mobile airport, airline or third party apps.

The beacon system also enables an augmented reality wayfinding tool – so passengers can be shown directions in the camera view of their mobile device – making it easier for passengers to locate check-in areas, departure gates and baggage belts and so on.

The new navigation technology is currently being integrated into some of the Gatwick apps and the airport is also in discussion with airlines to enable the indoor positioning and wayfinding tools to feature on their app services. 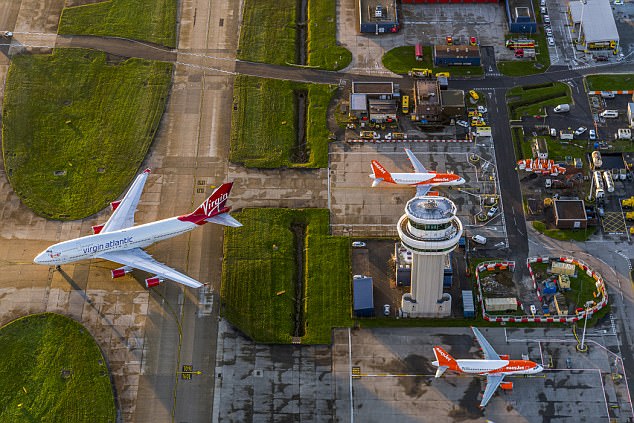 Gatwick has installed around 2,000 beacons across its two terminals providing an indoor navigation system that is much more reliable, it claims, than GPS

Gatwick has stressed that no personal data will be collected, but that generic information on ‘people densities’ in different beacon zones may be analysed to help improve airport operations including queue measurement, streamlining passenger flows and reducing congestion.

Airlines could go further – and with the consent of their passengers – may send reminders on their airline app to late running passengers, for example, or find out where they are and make an informed decision on whether to wait or offload their luggage so the aircraft can take off on time.

Retailers and other third parties may also use the beacon system to detect proximity and send relevant offers or promotional messages, if the passenger has chosen to receive them.

The new technology is part of Gatwick’s £2.5billion investment programme to transform the airport.

Abhi Chacko, Head of IT Commercial & Innovation, Gatwick Airport, said: ‘By providing the infrastructure we’re opening the door for a wide range of tech savvy airport providers, including our airlines and retailers, to launch new real-time services that can help passengers find their way around the airport, avoid missing flights or receive timely offers that might save them money.

‘We are proud to be the first airport to deploy augmented reality technology and we hope that our adoption of this facility influences other airports and transport providers so that it eventually becomes the norm.’

The end-to-end ‘indoor blue dot’ service is managed by PointrLabs.

Axel Katalan, CMO at PointrLabs, said: ‘We are pleased to announce that Gatwick Airport will be the first airport with an end-to-end working system with incredible accuracy both in terms of blue-dot location and orientation.